I never really introduced myself formerly. My name is Matthew Daly, and I am a die-hard Dodgers fan currently living in the North Bay, aka Giants country. I was 2 months old the last time the Dodgers last won the World Series. My dad is a secret Giants fan, having grown up in Sacramento (he claims to root for the Dodgers, but I saw that bastard’s glee when the Giants went all even year), but he used to get free tickets to games through work. His boss would graciously give us tickets to Dodgers games 7-8 times a year for my whole childhood, 9 rows right behind the Dodgers dugout. I could see the sweat beading down from Eric Karros’s brow from those seats. I could have tossed my Dodger dog and hit Adrian Beltre at third base we were so close. I even got to see Mark McGwire in ’98 during batting practice – more baseballs landed in the parking lot than anywhere else. Damn, I was lucky. Then my dad didn’t have that job, and suddenly I didn’t have those seats 9 rows from behind the dugout. Now as an adult, I sit on the third level and try to convince myself that at least I have a lovely birds-eye view of the whole field (when I can make it back down to SoCal).

Those moments, among many others, made me a Dodgers fan for as long as I can remember. Now I am sprouting gray hairs at 28 years old, enjoy the occasional cold beer, and have to work as a legal drug dealer through the California Board of Pharmacy to pay off my student loans. That’s where I’m at. I also now write with a cool group of baseball people on this blog.

Back to the meat and potatoes of this post – the Dodgers pitching depth. I previously alluded to the offensive/defensive outlook for the top starters on the team. There is a lot of offensive and defensive depth on the 25 man roster, but that post skimmed the top. The crème de la crème of the starting lineup, if you will. I will do the same more or less for starting pitching in this case.

At a quick glance, as a group, the Dodgers starting pitching is unique. It’s kind of a “whole is greater than the sum of the parts” kind of deal. To explain this, let’s look at our fun futuristic stat Wins Above Replacement (WAR). What is WAR? It is essentially the number of wins that a team will gain from a player, assuming that player is better than replacement level. Replacement level is considered to be someone who is basically league average. A league average position player has a WAR of 2, whereas a bench player has a WAR in the 0-1 range. An average starting pitcher has a WAR of 2, where relievers are usually <1.

For comparison, Clayton Kershaw had a WAR of about 6.5-7.5 in 2015 over 232 IP. In lamen terms, if the Dodgers had a league average pitcher for the season instead of Kershaw, they would have had roughly 7 fewer wins.  In 2015, that would mean the Giants would have been only 1 game behind the Dodgers, and who knows what could have happened with a race that close. Kershaw’s WAR dropped in 2016 because he was injured and therefore contributed less to the overall amount of team wins. 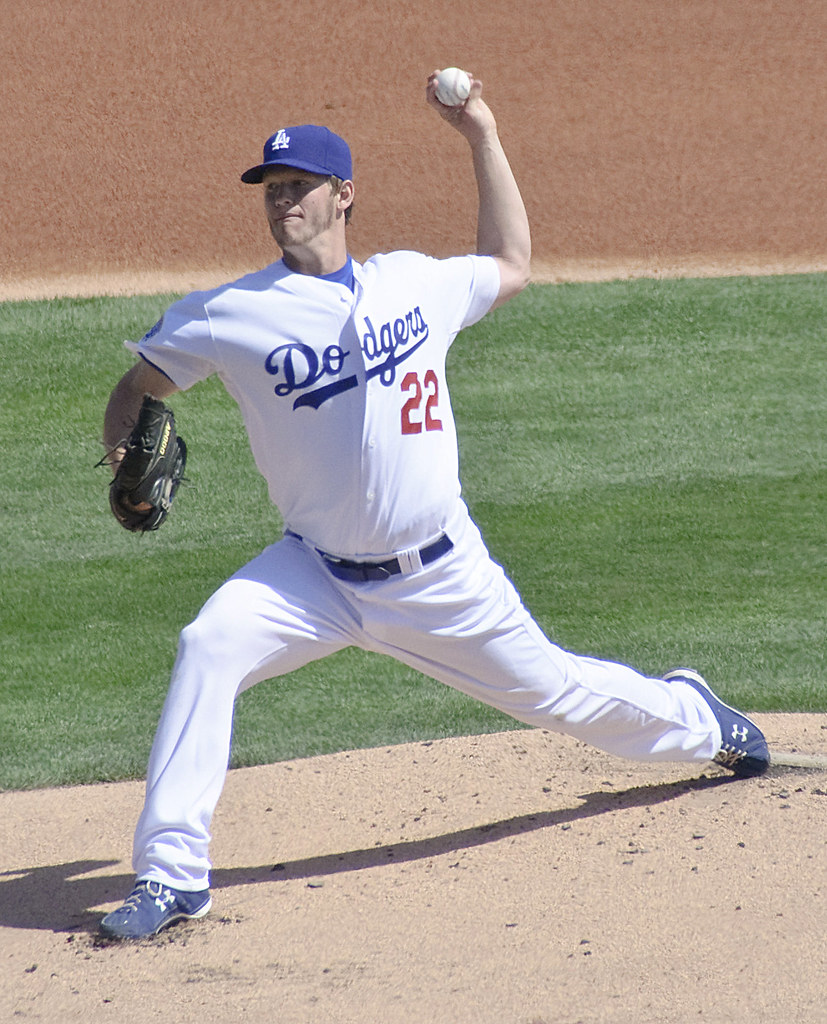 Clayton Kershaw has the highest cumulative WAR (29.8)  for starting pitchers from 2013-2016. The next best pitcher in the NL West during that time frame has a cumulative WAR of 18

Here are the top teams concerning WAR as projected by Fangraphs.com.

This is mainly because of Kershaw’s projected 7.4 WAR. But it also includes a lot of depth. Rich Hill 2.8 WAR, Kenta Maeda 2.8, Scott Kazmir 1.8, Brandon McCarthy 1.2, Julio Urias 1.9, Alex Wood 1.4, and Brock Stewart 0.4. These projections are based on innings pitched. For that reason, you can take them with a grain of salt. It is very likely McCarthy will not provide much production due to injury. Julio Urias and Brock Stewart may provide more WAR due to a heavier workload from other starters being injured. If Rich Hill were projected for more than 140 innings, his WAR could easily be 3 or 4. If he has blisters the whole season, his WAR could just as easily be <1.

Overall, WAR is a fun aggregate stat that essentially tells you how many extra wins a player is worth over Joe Shmoe who is league average. On paper, the Dodgers’ pitching staff has a league-best WAR for two reasons: Clayton Kershaw and Depth. If Kazmir is injured, Ross Stripling is an option. If McCarthy goes down, there is Julio Urias or Brock Stewart. Alex Wood is an excellent pitcher with a high ceiling – if healthy, he can be a starter or reliever. Hyun-Jin Ryu still has an arm and can throw things, potentially.