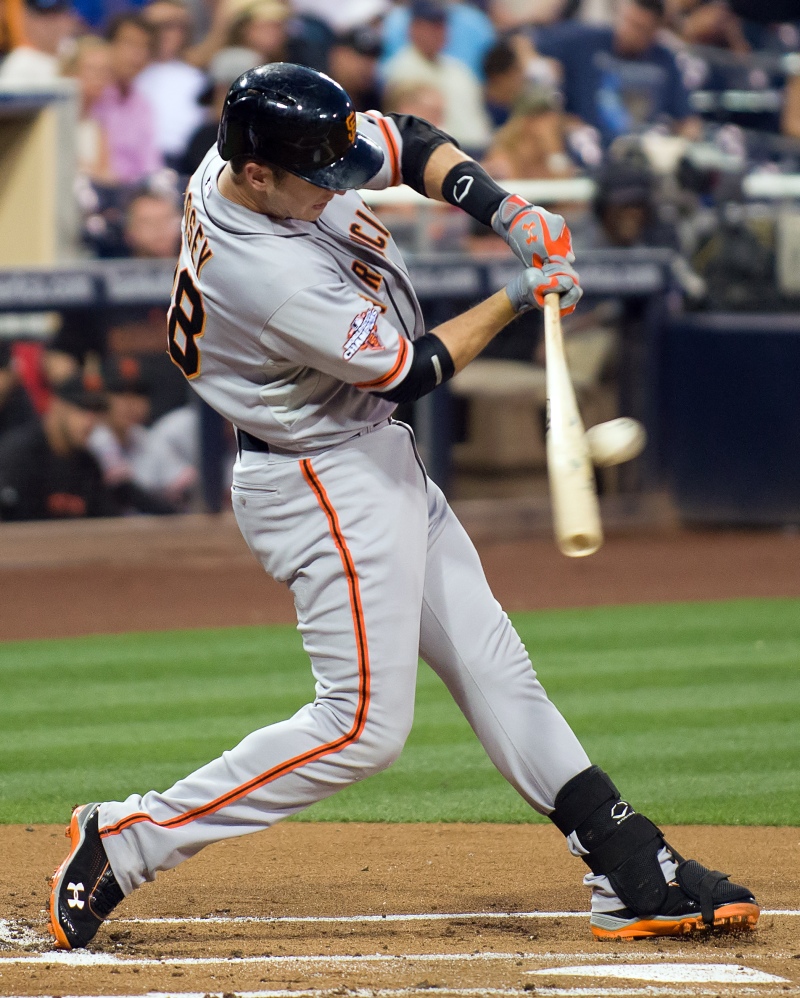 Coming off of a heartbreaker of an end to the Giants’ playoff run, let’s take a look at where the team stands heading into spring training, position by position.

Catcher: The Giants are obviously about as well-positioned as any team at the catcher spot with former Rookie of the Year and Most Valuable Player award winner Buster Posey behind the dish. Despite a slight fall off on production last season, we can expect to continue to see great things from Posey.

This year, the Giants brought in a seasoned veteran to serve as Posey’s backup. 33-year-old Nick Hundley brings experience to the backup position, and could fill-in nicely on days Buster needs to sit. In his 2015 season, Hundley hit .301 in 103 games for the Colorado Rockies.

Trevor Brown, Posey’s backup from last year, is expected to begin the season in Triple-A.

First Base: Moving over to first base we find the always streaky Brandon Belt. Belt has always had so much potential but at times has struggled to convert it into consistency. Buster Posey can also make some starts at first, and postseason hero Conor Gillaspie can play first as well, provided he makes the roster.

Second Base: For Giants fans, second base is always a scary position because of the so-called 2B curse the team has experienced over the past several years. Beginning with Freddie Sanchez, and continuing to Marco Scutaro and now Joe Panik, each of the Giants last few starting second basemen have had back issues.

That being said, Joe Panik has shown he has the ability to hit for a high average and a healthy season from him could be a real help in getting the team back to the playoffs.

Shortstop: Brandon Crawford looks to have another strong season at short, with some nice options from the bench to back him up.

Third Base: While some argue whether Eduardo Nunez is a strong choice for a starting position at third base, I am much less skeptical. The speed that Nunez brings to a ballclub that has been one of the worst base stealing teams in baseball over the past several seasons is a huge addition. Nunez was also an All-Star for Minnesota last year and has the ability to hit for a nice average. I expect good things from Nunez this season.

Infield Bench: There are some options for bench spots in the infield. The players with the best chances are Conor Gillaspie, Kelby Tomlinson, Jae-gyun Hwang, Jimmy Rollins and Gordon Beckham. I expect Gillaspie, who is out of options, to make the team, and I expect Hwang, who is in his first season playing in the United States after coming over from South Korea, to compete with Tomlinson and Rollins for the final infield spot.

Outfield: Denard Span and Hunter Pence will easily slot into center field and right field, provided they are healthy. There is a battle for the starting left field spot, as Jarrett Parker and Mac Wiliamson compete for that position.

Outfield bench: I expect the player who doesn’t get the starting job in left field to shift into a bench role, although management has hinted that Williamson may start the year in Triple-A if he doesn’t get the spot.

The last roster spot in the outfield will likely go to either Gorkys Hernandez, former Giant Michael Morse, or Chris Marrero, who has been showing power during the spring.