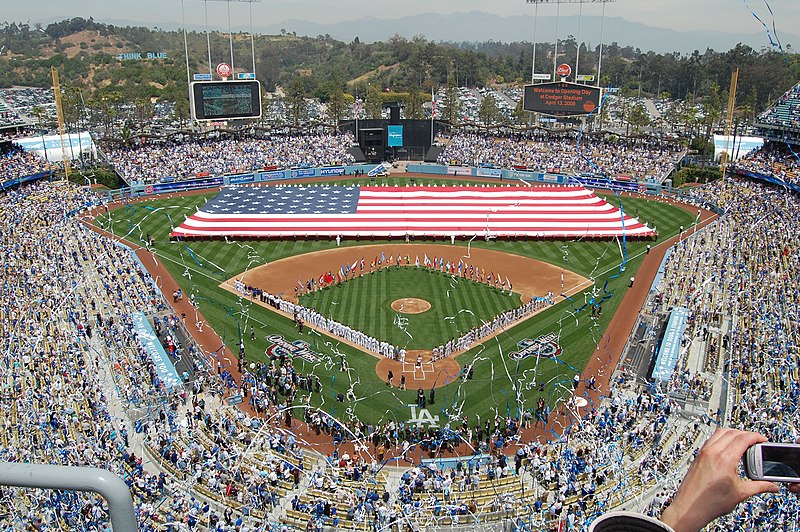 The Dodgers had a historic amount of injuries last year. Without a doubt, the opposite will happen this year and the Dodgers will need no more than their main 8 starters and Clayton Kershaw. End Sarcasm.

In all reality, the Dodgers will rely heavily on their depth. It’s the nature of their roster. There is a plethora of high-risk, high-reward goodness that Andrew Friedman and Farhan Zaidi are hoping not to lose a $200+ million dollar salary bet on. The depth is an intriguing part of the Dodgers roster in particular, but the big guns on the squad are going to get the most starting opportunities. Well… unless they set the record for most trips to the DL in a single season AGAIN. Who are these mysterious starters? Let’s dive in.

On paper, this is a solid group of human beings and likely an even better group of baseball players. On the defensive side of things, they should help contribute to an above average stat line. You can argue that they have upgraded both defensively and offensively at second base with the shiny new addition of Logan Forsythe. Yasmani Grandal is the second best pitch framer behind some guy named Buster Posey. Corey Seager, despite being 6’4″, has a surprisingly decent range and an accurate Howitzer for an arm. However, you could also argue that Justin Turner’s knees are a year older and that Adrian Gonzalez is the opposite of a spring chicken. All four infielders are above average defensively despite age and they should provide quality innings. Also, I don’t think Corey Seager can legally rent a car yet so he drops the average age down of the infield.

Offensively this is going to a be a great squad. For 9 of the last 11 years, Gonzalez has had 20+ home runs and 90+ RBI’s. Logan Forsythe adds right-handed pop and average to a lefty heavy group. Corey Seager won NL Rookie of the Year and likely is a candidate for MVP at some point over the next 5 years. While Justin Turner isn’t the beloved token red head anymore (thanks a lot, Forsythe), he has some of the highest upsides that a Dodger third baseman has had since Adrian Beltre. Grandal, despite a relatively poor batting average, led all catchers in the MLB for home runs last season. This is likely because of Grandal’s advanced exit velocity: Minimum 350 plate appearances – tied for 3rd off of fastballs (93 mph), 3rd off of sliders (91.9 mph), 3rd off of change-ups (84.1 mph). Dude can hit it hard.

The likely scenario in left field is going to be a platoon given the makeup of the roster. The Dodgers’ brass loves them some platoons and if they can throw out a favorable matchup, they will. Defense looks to be a strength in the outfield as well. Overall, the Dodgers had the 7th best defense according to FanGraphs and UZR (entire team). If you don’t like fancy futuristic stats, they also had the 7th best fielding percentage. A lot of that has to do with the above infield minus Forsythe, and a lot of that has to do with their excellent depth.

Joc Pederson is poised to have another great year, combining excellent power with a high on-base percentage. If he continues to develop his offensive game (29.1% k rate 2015 vs 27.3% k rate 2016 while increasing his wOBA and wRC+), then he could be a major player for the Dodgers next year. He is also typically in the top 3 for most pitch types for exit velocity (93.1 mph off of fastballs), and that’s IF you include Yoenis Cespedes as a center fielder.  Yasiel Puig is an enigma that can be either a boom or bust. If healthy, he has the upside of one of the best outfielders in the NL West. At worst, he will pull a hamstring sprinting to first base on a grounder and be traded mid-season. Left field will likely be Andre Ethier as the starter due to seniority, 10 and 5 rights, and because I don’t think Dave Roberts has it in him to look at ‘Dre in his beautiful eyes and tell him he’s riding the bench.

So what does this all mean? The Dodgers have a solidly above average players at the top of their offensive and defensive depth chart. Backups will be used heavily again for health and platoon related reasons, but this is truly a talented squad at the top and if they can stay reasonably healthy, the Dodgers may have their 5th straight NL West title.